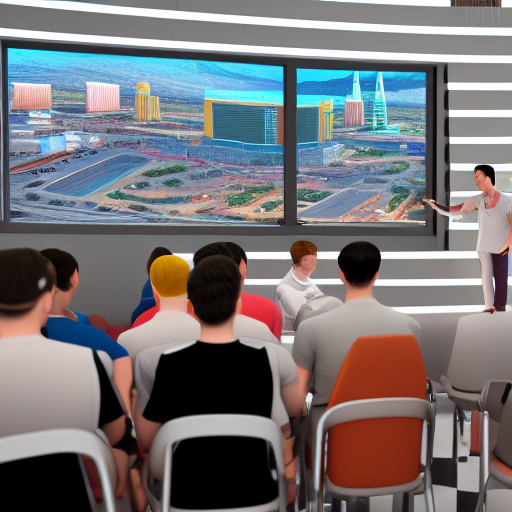 I haven’t been to a sightseeing industry conference, physically, for years. I haven’t even travelled outside of the UK for 3 years (!). So it is with some trepidation that I am off to the Arival conference in Las Vegas in October.

I will be speaking (more on that below) but beyond that, I thought I would put together a list of topics I want to learn more about when there. These insights are not necessarily going to come from the presenters (at least in public), they are more likely to come from conversations that happen around the edges of the conference.

From the innovators & technologists….

1 – “Is retail & distribution innovation tapped out and now it’s just all about efficiency? The next round of sector innovations appears to be based on AI & digital tour operating, but if that is the case why are the sector innovators still prioritising churning traditional day tour operators from one reservation system to another – when there are other concerns that are greenfield innovation opportunities with much more potential?”

2 – “Where is web3 & decentralisation on the conference agenda? Should be in the future of discovery slot, the future of OTAs panel…… You have seen my MVP for a discovery mechanism that works cross-industry, based on blockchain managed traveller profiles such as being standardised by the DIF, and will enable interoperation with the hotel & flight sectors – shouldn’t we be collectively talking about that kind of thing because the hotel and the airline folk are?”

3 – “Are you sure that you want to spend all this energy plumbing OTA > Rez tech > tour operator, when at least to me, it’s pretty clear that an alternative industry structure is more likely to be the winning structure over the medium term? Are you sure you are plumbing the right thing?”

From the tour bus sector….

4 – “Is anyone bothered that Cruise has said majority of major US cities by 2027, 4 years away, and the US urban bus tour companies have to complete a 4-5 year project by then in order to stay in business? I personally don’t think this transition is possible, mostly because it is going to take them all another 12 months to come to the same conclusion that this is a threat, by when it will be too late to do anything about it, if it’s not already. And you can’t be a minute late, as you are not going to take market share back off Amazon and Google etc once they have gained it”

This is my presentation for the Thursday lunchtime. If you can’t make the slot, at least watch this 9 minutes through…..

Cruise’s vehicle that will be in the majority of major US cities by 2027. They are not alone, there are many other mobility platforms in the US and elsewhere, just picking out Cruise as they have stated their scale up ambitions with more certainty than others have….

Come to my presentation at Arival – Thursday 13th November, lunchtime, to discuss this further….

Public question for the Google presenter….

SF residents love riding for entertainment purposes (27% of trips) but also really enjoy Waymo One for more than the usual ride-hailing, with 26% of trips in SF used specifically for shopping and running errands. Our multi-stop feature helps make it easy (and never gets annoyed)!

Not sure the Google person will be taking questions but hopefully someone can ask it!